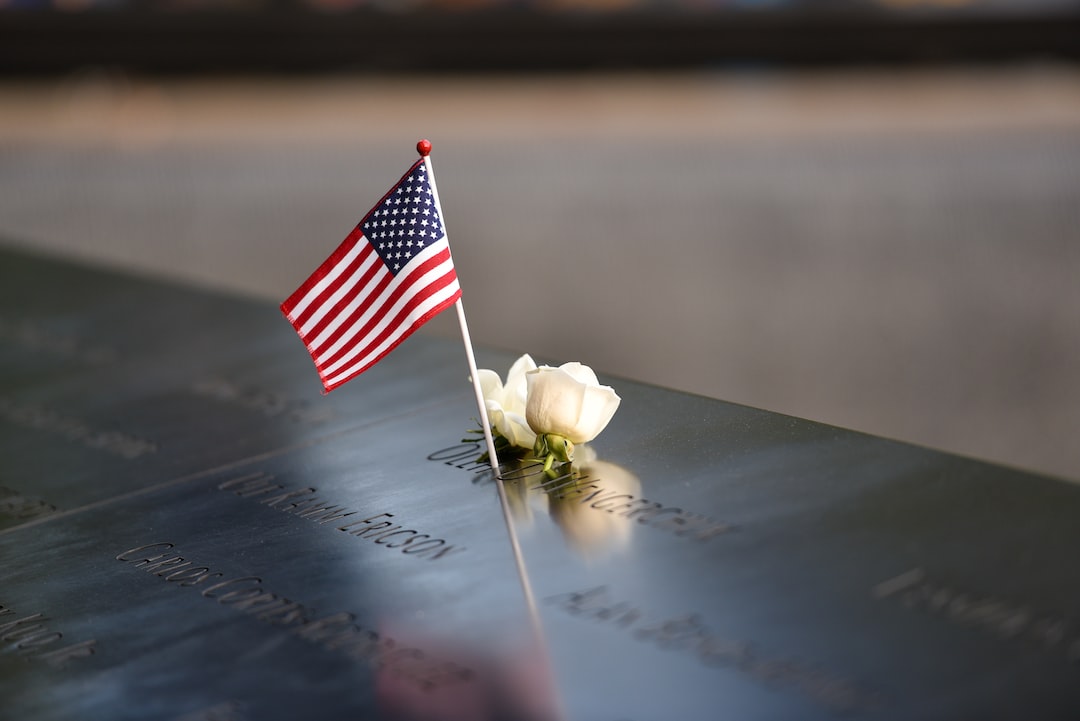 What the Fallen Teach Us

From the editor: "Thought-provoking, slightly edgy, laced-with-wry-humor articles that, most importantly in our day and age, will point you to Christ!"
Episode details
Comments

It’s been said that the thing that really made America exceptional in the history of nations is that we were the first great superpower to say that we are not great. What made America great is that we said you should never trust an American. Not any farther than you can throw him.

But that does not mean that America has not been populated by exceptional people. It has, abundantly so. The foolish royalty of Europe gave away their greatest treasures when they chased off our forefathers across the Atlantic. Though our founding fathers said you should never trust an American - and thus our political system of checks and balances - this nation has been lavishly blessed with forefathers and foremothers that children and towns could trust and build around, for their flourishing.

These men and women knew of goodnesses and beauties that are objectively true, unchanging, and full of life and glory. These were people who could look at a sea of amber grain, waving at them in the wind, and see the beautiful goodness inherent in the scene. These people knew the difference between good poetry and bad; between good entertainment and trash; between a good tree and a useless bush; between truth and a lie; between a good man and a dangerous fool; between a priceless woman and a cheap harlot. They knew the difference. These were people that knew that right is not just right; it’s the pathway to life.

And when you know that these glorious realities exist, and you know that they are your way to life, you are willing to sacrifice for them - to expend blood, sweat and tears, to see these glories be born, mature, and then to protect them from threats. Our forefathers knew how to live, because they knew of things so good and glorious that were worth dying for.

Die they so often did - on ships getting here; during countless plagues that swept the New World; in our first wars, and in many since; and in the social battles for societal justice - our forefathers died, for unchanging goodnesses and glories.

Today we live a different storyline. We are so secure and rich, and yet depression and suicidality and drug use are rampant. We don’t want to live, ironically, because we have nothing worth dying for. We’ve discovered the hard way that a vapid, superficial life of ease and security is no life at all.

Thus the question: what changed? What did our forefathers have that we lack?

The answer is God. We lack God. When any people, no matter their prior greatness, tries to become their own kings, living by their own logic, apart from submission to the wisdom of God, out from under His rules and Word, that people will mess everything up - relationships, economies, sexuality - you name it, we will muck it up. As Chesterton put it, when a people stops believing in God, it’s not that they then believe in nothing - it’s then that they will believe in anything. Anything but the truth. And when a people stops believing in the most high God, it’s not that they stop looking for great power - they just look for it on earth. And often it will land on the strong-men of earth. Thus it’s no coincidence that we have ceded so much power to our state.

But the way and the truth that leads to life is only found beyond us, in Another. Jesus proved that he himself is the unchanging wisdom of God, by his resurrection from the dead. He proved therefore that there is an unchanging good, an unshakeable beauty that exists. It exists and it can be found. In Him. Our forefathers knew that beauty, at least in part, because they knew him - or at least a worldview that grew from him.

They possessed this wisdom because they were taught the Bible in school, at the dinner table, before bed, in church, in Sunday School, and along way, to and fro. They were taught a “biblical worldview,” to such a degree that that phrase would have been incomprehensible to them. Isn’t that, like, the water we swim in? They were taught, and they were shaped to love that beauty, more than lesser beauties.

This was not narrow-mindedness on their part, to say that this is objectively better than this. That’s called sanity. That’s called living with eyes in your head, and using those eyes, rather than plucking them out, in the name of “progressivism,” “wokeism,” or any other -ism one may proffer. They knew the truth, and it set them free, even to die for it, for they found it not in an -ism, but in a Person. Beware all -isms, someone once said. They knew this; they knew that -isms were counterfeits, because they had been taught so well the authentic Real Thing, risen from the dead.

Do not misunderstand me: these were not perfect people. But neither are we. So let us compare and contrast with honesty. We have declined. We have become blind. And thus we lack a spine. We have instructed multiple generations in what to think, according to the whims of the day, and then we have eroded our moral foundations, and bastardized academia to justify living however we want. And all the while, we have stopped shaping young people in their hearts, to know and love that glorious, unchanging beauty beyond us. Again, we don’t know how to live, because we never were taught that there’s anything worth dying for. And then we’re surprised and shocked when we produce generations of cowards. As C.S. Lewis famously put it, in “The Abolition of Man”:

And all the time — such is the tragi-comedy of our situation — we continue to clamour for those very qualities we are rendering impossible. You can hardly open a periodical without coming across the statement that what our civilization needs is more ‘drive’, or dynamism, or self-sacrifice, or ‘creativity’. In a sort of ghastly simplicity we remove the organ and demand the function. We make men without chests and expect of them virtue and enterprise. We laugh at honour and are shocked to find traitors in our midst. We castrate and bid the geldings be fruitful.

But that need not be the end of the story. This Memorial Day, it is good and right and fitting for Christians to remember those who gave “the last full measure of devotion,” like those at Bunker Hill, Gettysburg, New Orleans, Belleau Wood, Midway, Osan, Hamburger Hill, or Abu Ghraib. It is right that we honor their names and memory. And it is good and right for us to enjoy the freedom and pleasures that they bought for us, over a leisurely cookout.

But we must also remember what can free a person to even contemplate and then accept the possibility of such a sacrifice. Their last measure of devotion reminds us that unchanging, glorious beauties still exist, and that they come from Somewhere. They exist, and they are still worth devoting one’s whole life to their birth, growth and defense. And they are worth passing on.

Remembering those who have died for our country should move us to pick up our own shovels and weapons. Our shovels are the gifts and time that God has given us, and our weapons are bread and wine and water. Time to rebuild from the ruins, conserving what they got right, and “progressing” beyond what they got wrong. Time to roll up our sleeves in order to build anew a generation that knows how to truly live, in the knowledge that there is light and life beyond the grave.

The core of this rebuilding project will always be Christ, if it will amount to anything. We know what we should conserve or progress beyond by the yardstick of the Word. All that God is for us in Christ is more than enough to rebuild a new society from the old. God is not done with America, I’m convinced. She may slowly divide and decline; or she may become an evilsuperpower; or she may be revived from the ashes, as a conduit of God’s grace. Let us pray and labor for the latter.